In the fall of 2017, Aston Martin announced its entry into the luxury real estate segment. The British manufacturer of sports cars – and now also crossovers – has decided to get serious about interior design and presented several interesting projects at once. The debut work of Aston creative director Marek Reichman and his team was the interior design of the Aston Martin Residences skyscraper in Miami. This was followed by the launch of a turnkey garage design service, the design of the country residence Sylvan Roc near New York, and finally the design of five apartments in the 130 William residential complex in Manhattan. We will talk about the last project now.

130 William is a skyscraper with a height of 244 meters, which will be located in the heart of New York, in Manhattan. The building is being built by the investment company Lightstone (the developer bought the land and the old 12-story building in 2014 for $60 million) according to the project of the famous British architect David Adjaye. He is best known for his work on the look of the new Smithsonian National Museum of African American History and Culture in Washington DC, USA, as well as private projects for celebrities.

In the case of 130 William, Adjaye turned to classic New York architecture, and the building’s hand-cast concrete façade with bronze-framed tall arched windows is presented to them as a modern interpretation of traditional Manhattan masonry.

In total, 130 William will have 242 residences, plus its own park, shopping center and more than 20,000 square meters of recreational facilities such as a fitness center, a multifunctional spa, several pools (including the trendy “limitless”) and a basketball court.

Residences designed by Aston Martin will be located on the 59th and 60th floors, each with a huge open loggia divided into several zones. All apartments will be offered with full furnishings and accessories from the Aston Martin Home collection, created in collaboration with the Italian company Formitalia.

Furniture and finishing materials for all rooms – whether it be a living room or a kitchen – are personally selected by Reichman and Adjaye. Sofas and armchairs, for example, are made from a combination of metal, leather and textiles with the addition of the smallest details reminiscent of automotive interiors.

The kitchen sets are made of blackened oak, and the countertops are made of the famous Carrara marble (from which Michelangelo’s “David” was carved and the Marble Arch in London was made), mined in the Apuan Alps. The tables are also marble, but they use high-quality black Nero Marquina marble from Spain. Technique – Gaggenau.

As an option, the buyer of the apartment can re-equip one of the rooms at his discretion. For example, you can install the AMR-C01 racing simulator there. It was developed by Aston Martin and Curv Racing Simulators, founded by three-time 24 Hours of Le Mans winner Darren Turner.

However, it can also be a study with a classic Eames armchair or a Swoon easy chair and a Space Copenhagen chair, or a library with ebony shelving and cabinets in Salvatori marble and smoked glass.

The bathrooms (which are not rendered) will be made of different types of marble, including the strict gray Grigio Versiliae and the snow-white Bianco Carrera. At the same time, a marble bathtub and double Salvatori sinks will be installed in the main room.

At the same time, buyers are waiting for a small bonus – the Aston Martin DBX crossover performed by Adjaye Special Edition. It will be distinguished by a special body color with a green tint – this was done by Q by Aston Martin – and interior design.

So, the seats will be upholstered in hand-stitched dark green leather; inserts on the front panel and doors will be made of natural stone, brushed hazel and black anodized aluminium.

Even the trunk will be trimmed with wood, so that it is, well, quite exclusive. Well, for those who want to live away from the bustle of the city, the modernist suburban complex Sylvan Rock, also created with the participation of Aston Martin, may suit. 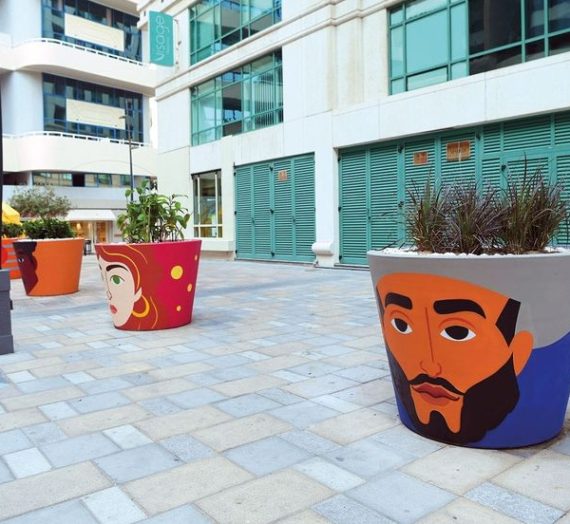 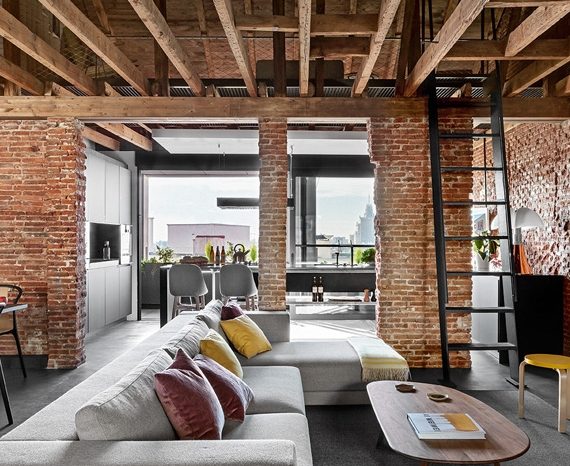 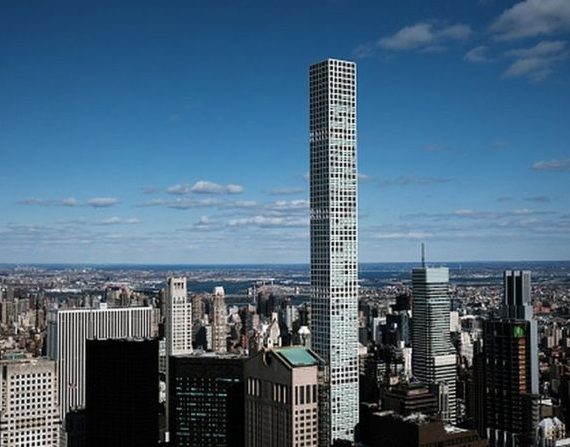